Case Study: Be Sweet and Have a Heart @ Habitat

A case study from April 2018 of an awareness campaign for Habitat Centre @ the mall – created and managed by The Blue Room – for client, Ipic Property Group.

As part of our mandate from our client, Ipic Property Group, owners of Habitat Centre @ the mall, continuous awareness of the shopping centre within its immediate catchment area is created.

The objective for this marketing campaign was to create additional awareness of Habitat Centre @ the mall, which in turn sought to obtain and retain shoppers from the vicinity of the shopping centre.

Ipic Property Group, who have shopping centres in various suburbs  of the Western Cape, pride themselves on investing in the various communities and giving back.

One of the initiatives that was supported in 2018, via Habitat Centre @ the mall, is the Heartlands Baby Sanctuary.

With this in mind, the “Be Sweet and Have a Heart @ Habitat” campaign was conceptualized, as our research has shown that the community of Somerset West, where Habitat Centre @ the mall is situated, are known for supporting charities and initiatives close to their hearts.

On Saturday, 28 April 2018, mini jams made by the coffee shop at Heartlands Baby Sanctuary were presented to shoppers. The sale of these homemade jams are the main means to which Heartlands Baby Sanctuary raises funds for their child and youth care centre in Somerset West. Ipic Property Group purchased the jams for the activation as a means to both assist this NPO, and reward shoppers for visiting the centre. Each jam had a Habitat Centre @ the mall tag on it, designed by our in-house design studio, to reaffirm the shopping centre as a brand and as an integral part of the community.

Ahead of the activation, The Blue Room’s design studio created an awareness print advertisement that focused on the family tenant offerings at the centre, inviting consumers to attend the activation. The advertisement also encouraged the general public to support Heartlands Baby Sanctuary, directing readers to the charity’s website, where donations of baby essentials and toys could be made. We had the advertisement placed in the Distrik Pos newspaper.

Further awareness was created via a boosted Facebook post, designed by our design studio, that was posted on Habitat Centre @ the mall’s Facebook page. The boost was carefully targeted by The Blue Room’s digital marketing department to ensure maximum exposure to the intended consumer.

Awareness of Habitat Centre @ the mall and its offering, to its immediate catchment area, was successfully achieved.

In addition to the half-page advertisement, the campaign obtained public relations coverage in the Distrik Pos newspaper to the value of R38 520. The newspaper has circulation of 11 000 within the vicinity of Habitat Centre @ the mall, and the coverage included a front-page feature, as well as an editorial piece inside the paper.

Radio Disa 95.9FM, a community radio station based in the Helderberg, with a listenership of 37 000, also gave the campaign 5 minutes complimentary airtime during peak Saturday morning airtime, which in-turn, created awareness for the shopping centre within its direct community. 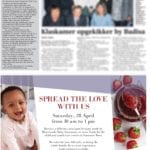 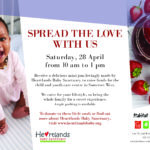 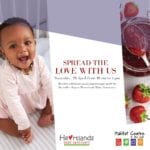 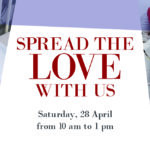 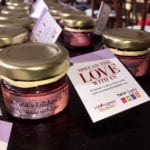 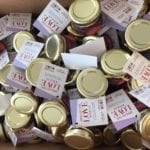 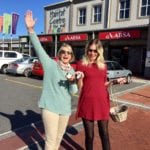 #InternDiaries: The pursuit of growth

This website uses cookies to improve your experience while you navigate through the website. Out of these cookies, the cookies that are categorized as necessary are stored on your browser as they are essential for the working of basic functionalities of the website. We also use third-party cookies that help us analyze and understand how you use this website. These cookies will be stored in your browser only with your consent. You also have the option to opt-out of these cookies. But opting out of some of these cookies may have an effect on your browsing experience.
Necessary Always Enabled
Necessary cookies are absolutely essential for the website to function properly. This category only includes cookies that ensures basic functionalities and security features of the website. These cookies do not store any personal information.
Non-necessary
Any cookies that may not be particularly necessary for the website to function and is used specifically to collect user personal data via analytics, ads, other embedded contents are termed as non-necessary cookies. It is mandatory to procure user consent prior to running these cookies on your website.
SAVE & ACCEPT